Tip: Your browser version is lower and will affect the effect of displaying. It is recommended that upgrade or replace the browser. ✕

1. Creating a world famous brand and listing on the Shanghai Stock Exchange

The predecessor of Qingdao Haier Company was Qingdao General Refrigerator General Factory established in 1984, and the offering was approved by the Qingdao Branch of the People's Bank of China on December 16, 1989, which   was offically approved by Qin Ti Gai [1989]No. 3 from the Qingdao Municipal Reform Commission on March 24, 1989 to establish a joint stock limited company through targeted fundraising based on the reorganization of the Qingdao Refrigerator General Factory.

In 1997, an allotment plan of 3 rights shares for every 10 shares was implemented with a placement price of RMB6.80 per share; Haier Group Company transferred its shareholding in the Company's total share capital of 20.01% to its holding subsidiary Qingdao Haier Washing Machine Co., Ltd. ( Later changed its name to "Haier Electric International Co., Ltd."), which still holds a 35.08% stake in the Company.

In 1999, a allotment plan of 3 rights shares for every 10 shares was implemented, and the allotment price was RMB11.60 per share.

Note:Stock Certificate of the Company

In March 2000, Haier Group E-Commerce Co., Ltd. was established as a joint venture; in May, 98.15% equity of Zhangqiu Haier Electrical Engineering Co., Ltd. held by Haier Group Company was transferred.

In 2001, Qingdao Haier once again publicly issued 100 million shares with an issue price of RMB18 per share. In March, the Company acquired  the 74.45% equity of Qingdao Haier Air Conditioning Co., Ltd. held by the Group, and after the completion of the acquisition , it held a total of 99.95% of its equity, and the air conditioning business further increased its strength; in May, the Company was renamed "Qingdao Haier Co. Ltd".

In 2002, the Company and the Group jointly invested to establish Haier Group Finance Co., Ltd., and the Company held 30% of its equity.

In 2006, the Company promoted the solution of inter-industry competition. The establishment of 42 sales branches to resolve domestic sales-related transactions and the establishment of its own independent sales platform has improved the Company's operating independence and made the operation of listed companies more standardized and transparent.

Since 2008, the Company has accelerated the pace of asset integration and successfully acquired 392,677,482 shares of Haier Electric Group Co., Ltd. held by Deutsche Bank, with a shareholding ratio of 20.01%.

In 2009, the Company further increased its holdings of 647,115,110 shares of Haier Electric Appliances, accounting for 31.93% of its total share capital. After the completion of the transfer (completed in 2010), the Company held 51% of the equity of Haier Electric Appliances in a cumulative manner, making it clear that it is the flagship of white goods of Haier Group strategic position.

In 2010, the Company integrated the Group's logistics business. Haier Group Company integrated the related logistics assets of its subsidiaries into Qingdao Haier Logistics, and after the completion of the integration of logistics assets, it transferred its 100% equity of Qingdao Haier Logistics to Qingdao New Goodaymart Logistics to build a combination of virtual and real. Goodaymart commercial circulation business platform has further clarified the positioning of Qingdao Haier and Haier Electric.

In 2011, in order to further support Qingdao Haier to grow bigger and stronger, with the support of the Group, the Company issued a commitment to gradually reduce related party transactions and solve inter-industry competition within five years, which further provided a planning framework for improving the corporate governance structure.

In June of the same year, the Company completed the equity acquisition of 10 companies including Qingdao Haier Mould Co., Ltd., which is controlled by the Group, effectively reducing the related party transactions between the Company and the Group, and promoting the Company's sustainable and healthy development as a global leader in household appliances.

In May 2012, the third phase of the equity incentive plan was launched, and the plan was approved that month. In June, the Company's controlling subsidiaries and related parties of the Company subscribed to the financial company for capital increase in cash according to their respective shareholding ratios. In August,the Company launched the Qingdao Haier Co., Ltd. Shareholder Return Plan for the Next Three Years, which systematically guarantees Qingdao Haier investors to obtain a high level of return benefits and enjoy the results of the Company's value growth at a deeper level.In October, the Company invested in the construction of 5 million sets of fluorine-free frequency conversion, energy-efficient and environmentally friendly air-conditioning projects in Zhengzhou,China through the establishment of Zhengzhou Haier Air Conditioner Co., Ltd. (the specific name is subject to the approved name of the industry and commerce).

In October 2013, the Company issued a public announcement on the non-public issuance of A shares to KKR (Luxembourg), which was reviewed and approved by the General Meeting of the Company that month. In December, the Company's introduction of foreign investors was approved by the Ministry of Commerce of the People's Republic of China; the Company's holding subsidiaries and related parties of the Company subscribed to the financial company for capital increase in cash according to their respective shareholding ratios.

In 2014, the Company acquired R&D companies such as Hairi and Haigao, and realized the integration of R&D assets; in the same year, it acquired minority shares in four companies, including air-conditioning electronics, refrigerators, special refrigerators, and special freezers.

In 2015, the Company acquired the Group's overseas white goods assets, including 2 holding companies and 26 operating companies, and basically completed the global layout.

In 2014, in order to better implement the networked and globalized development strategy and promote the Company's transformation into a platform enterprise in the Internet era, it introduced KKR, a world-class private equity investment agency, as a strategic investor of the Company through an open mind and equity cooperation.

In June 2016, the Company basically completed the acquisition of GE household appliances business and assets, and further expanded its global business space. 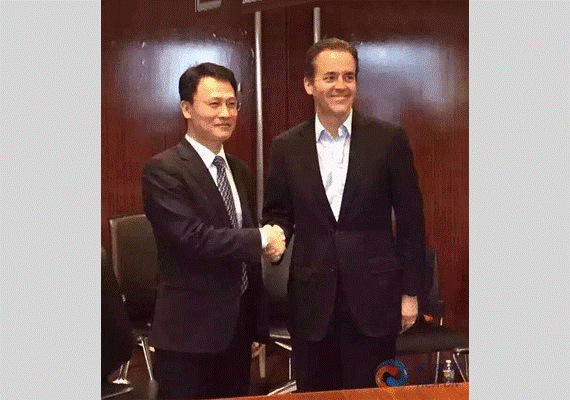 In 2018, Qingdao Haier entered into a share purchase agreement to acquire all shares of the holding Company of Fisher & Paykel from Haier Group.

In 2019, Qingdao Haier Completes the Acquisition of Candy to Strengthen Global Leadership in Smart Home Appliances.

This site uses cookies. By continuing to browse the site you are agreeing to our use of cookies. Find out more here